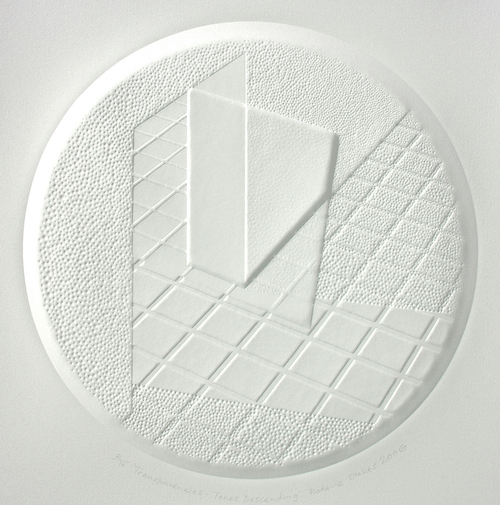 A part of my present work, the red room series of embossed prints allows me to progress through various modes of operation to produce each edition. Drawing, model making, photography, sculptural mould, and embossing.
After some cursory sketches, comes the model making phase with its interior decoration, furnishings, and illumination in 1:10 scale. It's then photographed keeping in minds eye that a relief mould is constructed from the photographic image. After which a giclee is printed on a 400grm embossing paper.
Following comes the sculptural phase of forming the relief mould in wood products by layering and bevelling in reverse to produce the attendant perspectives. The final embossing phase begins by dampening the giclee print overnight. The following day this is registered into the forms of the mould/matrix, with corresponding formed felts positioned into the negative shaped image. This is then pressed under great pressure for 48 hours, insuring a crisp emboss and no cockling. 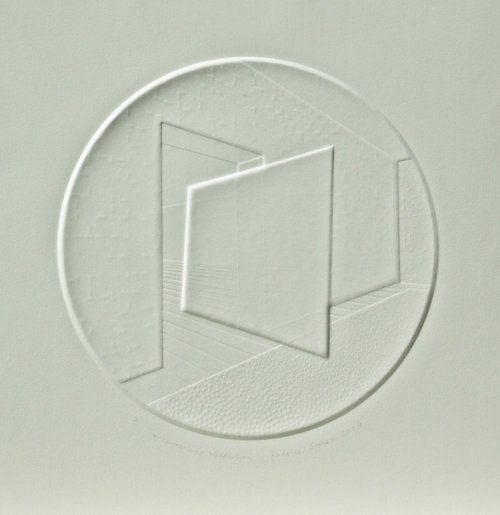 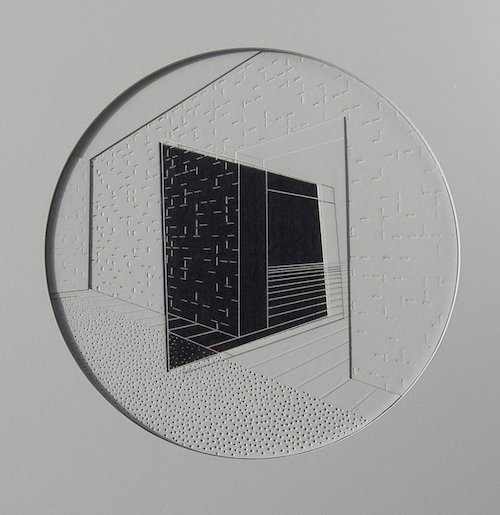 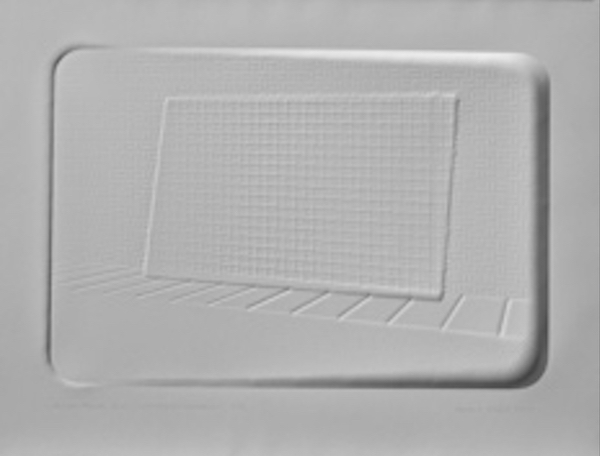 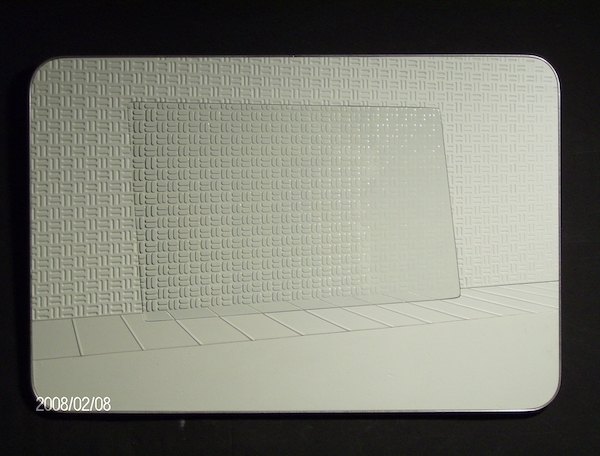 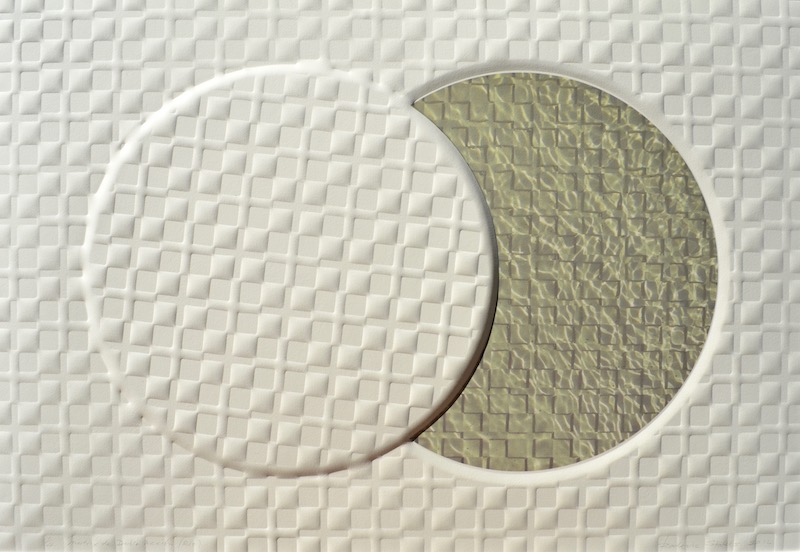 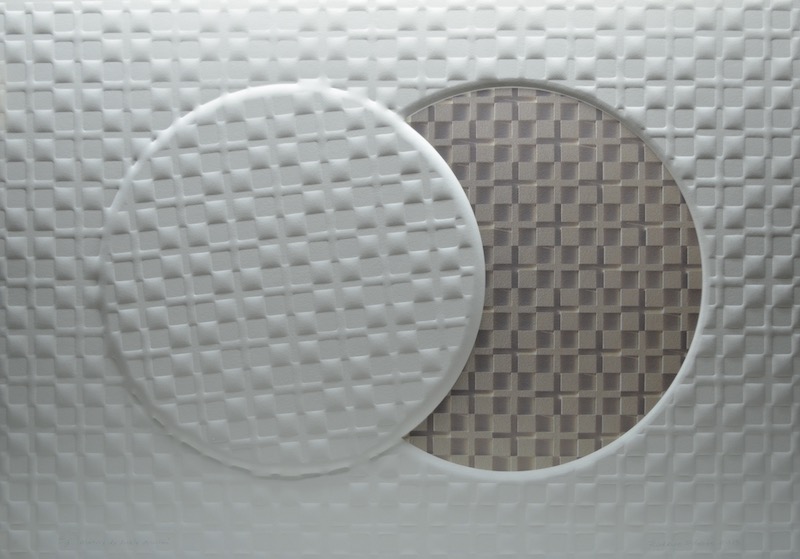 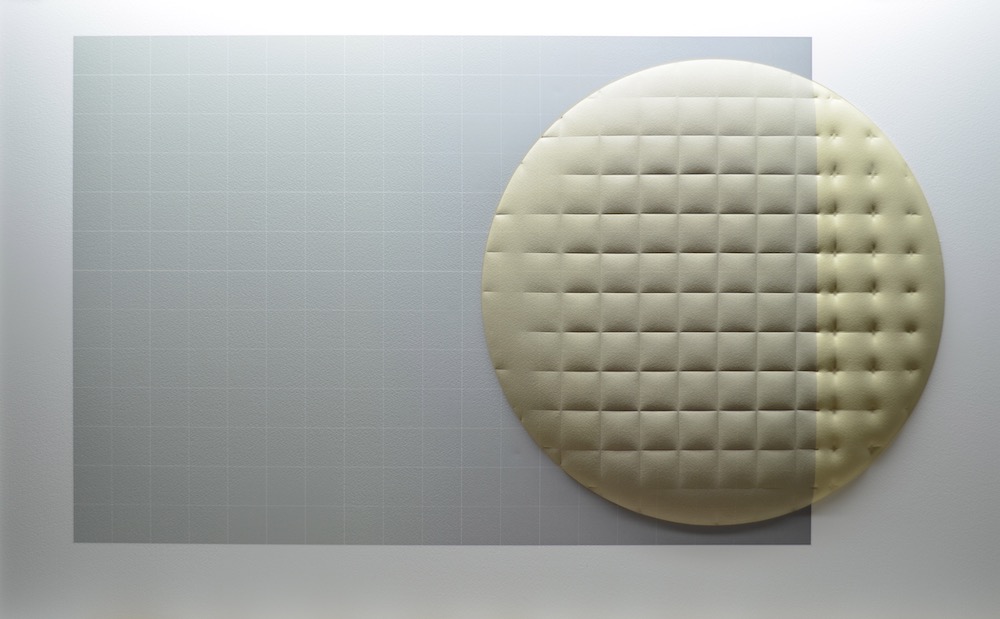 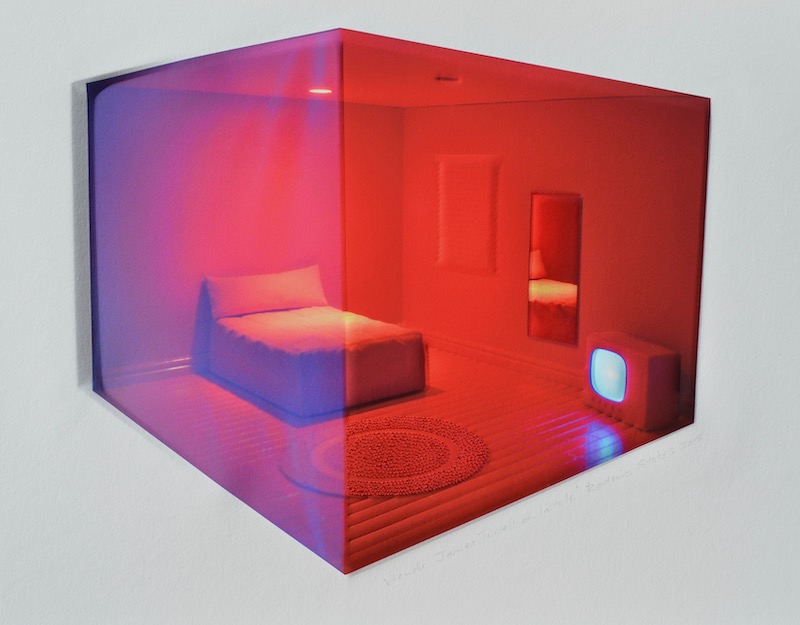 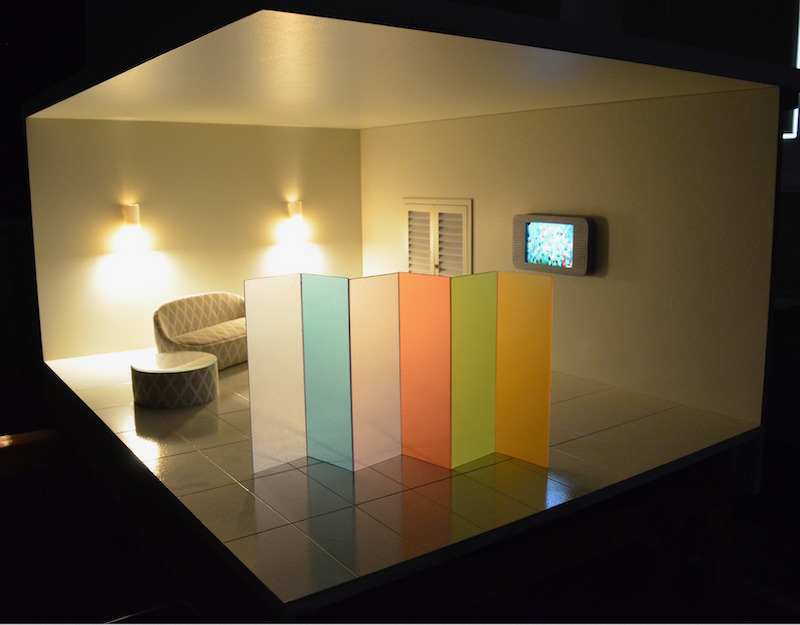 Looking at Sol Lewitt on the Flatscreen